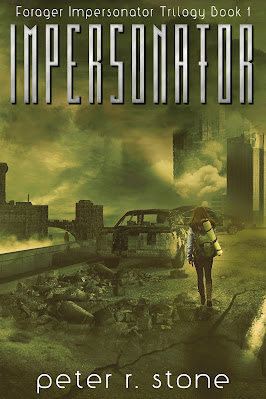 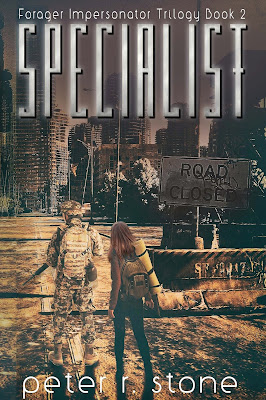 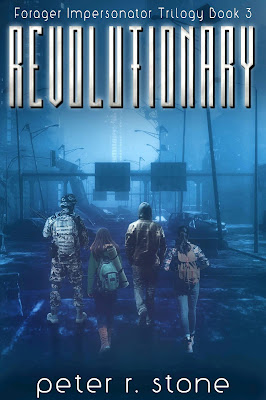 This cover depicts Chelsea, Ryan, Ethan and Nanako, since all four feature in this book, the final chapter in the Forager six book series.
Posted by Peter R Stone at 02:04 No comments: 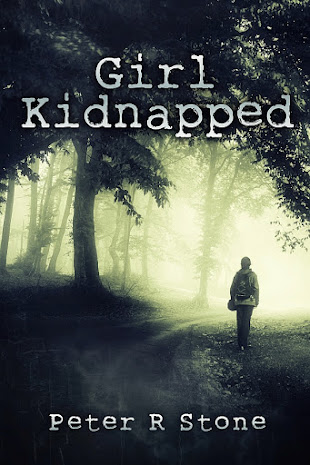 To celebrate the new release of Peter R Stone's latest book, Girl, Kidnapped, it is offered at 99c for a limited time.

After disappearing six months ago on the night her best friend was found strangled in the Darebin Creek hotel toilet block, Caitlyn Hughes--daughter of millionaire Brayden Hughes--is found dumped on the side of the road just outside town. Wearing a threadbare knee-length dress and with her badly-bruised ankles encased in leg irons, she's filthy, malnourished and covered in burn scars. She has no memory of how she got there, where she has been or even who she is. A doctor's examination reveals that her memory has been deliberately erased by repeated electric shock therapy.

Desperate to find out who did this to her and why, and displeased with the police superintendent's plodding pace, Caitlyn launches an investigation of her own. However, she is unnerved by her brother's insistence that she talk to him first when her memories start returning because he suspects that their father is the one who did this to her... 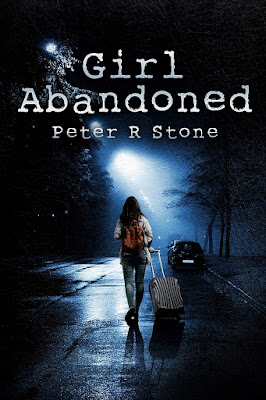 
A gripping novel full of twists and turns.

When Amber Faulkner strives to honour her dying adoptive mother's last request to be reunited with her birth mother—the universally reviled politician Joan Simmons—she has no idea of the anguish and pain that lie ahead.

What dark secrets lie behind the reason her birth mother abandoned her when she kept and raised her twin sister? Why does her mother tell her that she didn't want her then and still doesn't want her now? How far will her mother go to keep Amber's true identity secret to prevent a scandal that would destroy her political career and everything she's worked so hard to build?

Why is her mother leading a small breakaway group of senators to side with the opposition to block legislation that will put over two thousand repeat violent offenders behind bars when the city is caught in the grip of an unprecedented crime wave of aggravated burglaries, rampaging teenage gangs, rape and murder?

Why is the nameless vigilante carrying out a campaign of terror against Joan Simmons and her family? Is he trying to force her to approve the legislation or does he have darker purposes in mind? Can Liam Fielder—the young man infatuated with Amber—live up to his assertions that he can protect her from the vigilante when she is caught in the crossfire?

From Peter R Stone, the author who brought us the thrilling post-apocalyptic 'Forager' six-book series.
Posted by Peter R Stone at 17:28 No comments:

In the fourth Forager novel, 'Impersonator,' Chelsea visits the center of Melbourne, where she sees the famous clocks of Flinders Street Station. She also goes to Hosier Lane, a famous tourist attraction due to the amazing graffiti - government approved! - that adorns the walls. Unfortunately, the images that were on the walls at the time I wrote 'Impersonator' have since been painted over, but the new images are amazing all the same. Enjoy! 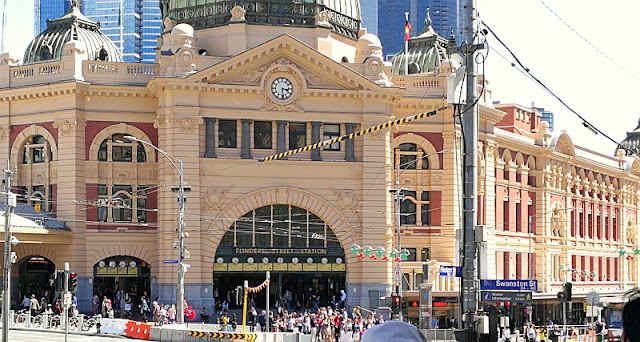 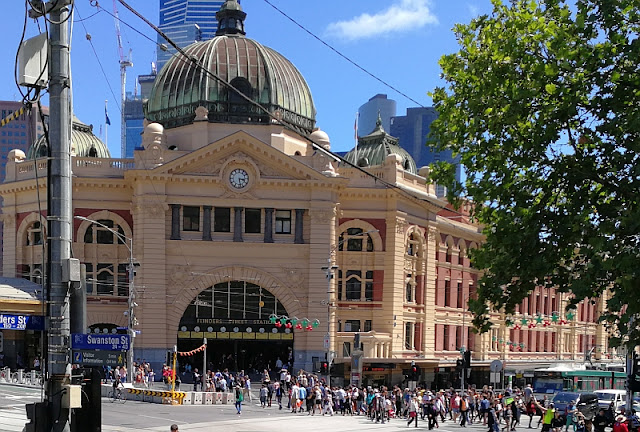 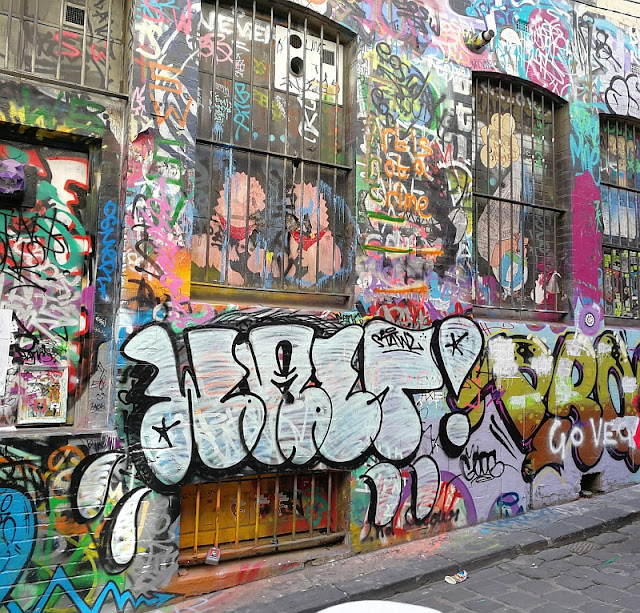 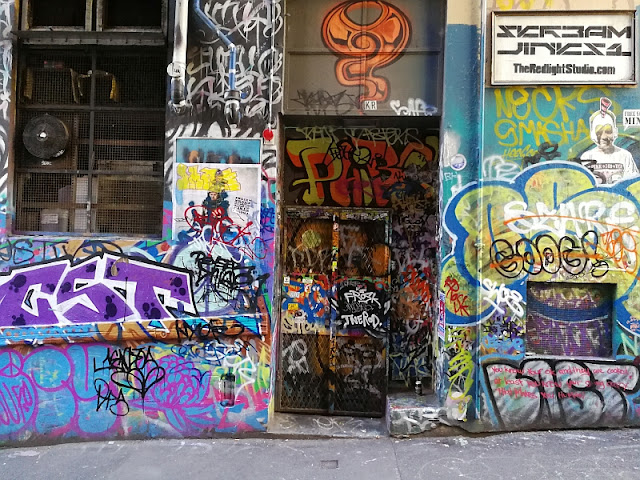 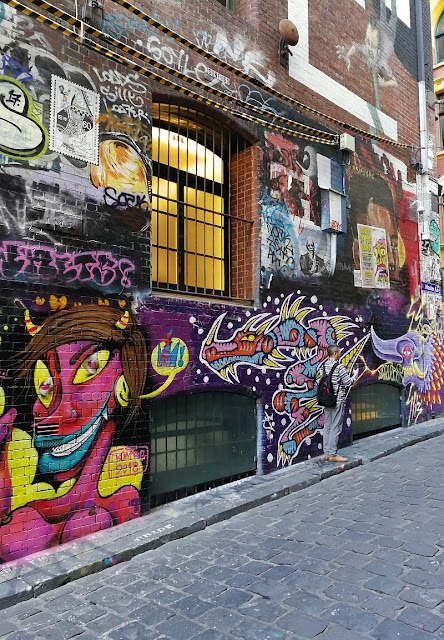 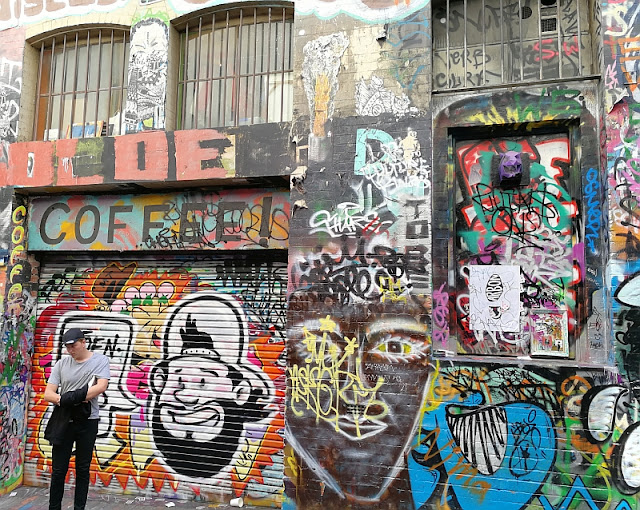 Twenty-year-old Ethan Jones lives in a post apocalyptic, oppressive society that terminates anyone with mutations caused by nuclear radiation in an effort to keep the human race pure.

His life becomes complicated when he rescues a mysterious Japanese girl from the Skel and brings her back with him, for she breaks the town’s rigid conventions in her pursuit of him, placing their lives in jeopardy. Her odd behaviour and probing questions baffle him, as does the fact that he understands her when she speaks in Japanese.

At the same time, the Skel ramp up their attacks on the foraging teams. Is this part of a larger plan that could spell the town’s doom? And why do the Skel suddenly possess advanced technology – who is backing them, and why?

Keeping his mutation secret, uncovering the girl’s true intentions and trying to save the town all vie for Ethan’s attention. And if he fails, not only his life, but the lives of all, are at stake.

Eighteen-year-old Chelsea Thomas has spent her life living in fear of Newhome’s paramilitary Custodians, due to a prohibited rogue ability.

In the past week, her twin brother – a forager – has uncharacteristically run away from home and work after the mysterious death of a teammate. Something has also scared her normally unflappable father half to death, and their family is threatened with eviction.

However, her brother’s disappearance presents her with a long-sought after opportunity to escape Newhome, since only the foragers – all men – are allowed to leave the town. All she has to do is impersonate her brother long enough to make her escape while foraging out in the ruins.

But she never counted on the kindness of Ryan Hill, a forager new to the team. Nor did she expect the barbaric Skel to attack the team the moment she decided to run away. She has to choose between making good on her escape or saving Ryan and the others.
Posted by Peter R Stone at 18:35 No comments:

The Thrilling Conclusion to the Forager Impersonator and Forager Trilogies, Revolutionary, is now available on Amazon. 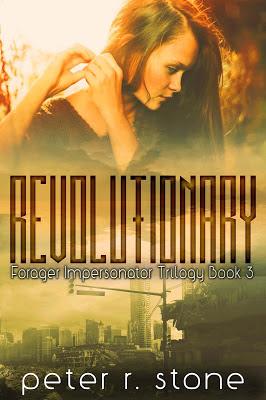 
The most dangerous man in Newhome, Councillor Cho, has been promoted to general. The first thing on his agenda is the complete ruination of the Japanese coastal town, Hamamachi. To achieve this, he makes the genetically engineered Specialist girls undergo an accelerated Custodian training course so he can send them off to war.


Chosen along with five of her biologically modified sisters, Chelsea Thomas is sent on the top-secret mission that will end the war with Hamamachi for good. What does General Cho care if several nearby towns suffer the same fate due to their close proximity to the Japanese town?

But what will Chelsea do when she learns that she will need to abandon her morals and go against everything she believes in to complete the mission? Will she ignore her conscience or defy Cho and go head-to-head against her sisters who are still under his mind-control?

Ethan Jones and Madison Taylor, serving in the Hamamachi Militia, are working tirelessly to rescue slaves from Skel controlled territories in an attempt to redress the Rangers shameful anti-immigration policies of the past.

At the same time, they are aware that time is running out for the biologically engineered girls imprisoned in Newhome. An opportunity arises for them to return home and rescue their kin, but a whole world of hurt is waiting for them should they decide to risk it.

Meanwhile, the chancellor moves forward the date to release the dreaded virus, sending Newhome's twin resistance movements into panic mode. If they don't act soon, theirs will be the last generation in Australia if not the world. But what chance do they have against a totalitarian regime policed by three-hundred brutal Custodians? 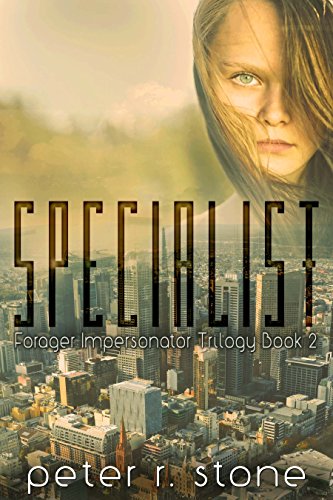 
Available NOW on Amazon Kindle for $2.99

After a lifetime spent trying to avoid the ominous building, Chelsea Thomas is now in the one place she fears more than any other – the Geneticists Laboratory. Sent there by Ryan Hill to ascertain exactly what the geneticists are up to, she soon finds out that the Lab is not the easy target they had supposed it to be. There is a reason the girls incarcerated there worship the very ground the chancellor walks on, and she is about to find out what it is.

Chelsea’s world comes crashing down soon afterwards when the councilor in charge of the Specialists’ program, Mr. Cho, makes a shocking revelation. Now she doesn’t know who to trust, suspecting that even Ryan has a secret agenda he’s keeping hidden from her.

Continuing to impersonate her brother, she stumbles across a terrorist group intent on using force and violence to topple the chancellor and his Custodian lackeys, by any and all means necessary. Mr. Cho’s plan of using the Specialists to infiltrate the group is threatened with derailment when the chancellor reveals his own nefarious plan for the girls. 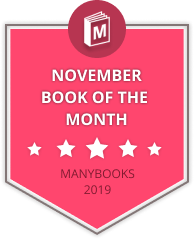 Girl, Abandoned - Many Books Book of the Month

Peter R Stone
Peter Stone graduated from Melbourne School of Ministries Bible College in 1988. He has been teaching Sunday School and playing the keyboard in church for over twenty-five years. His wife is from Japan and they have two wonderful children.

A child of the Cold War Generation, Peter Stone studied the ramifications of a nuclear missile strike when he was in his senior year of high school, learning the effects of nuclear fallout and how to (hopefully) survive it. He has ever been drawn to post-apocalyptic and dystopian novels and films, and eagerly devoured The Day of the Triffids and John Christopher's Tripod Trilogy when he was a child.